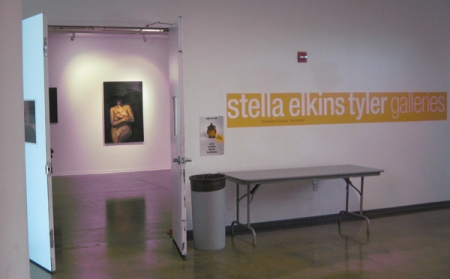 If you have ever wandered into the Stella Elkins Tyler Gallery, maybe you wondered where the name comes from. Stella Elkins Tyler was a sculptor who was extremely dedicated to arts education. Due to her commitment, she established the Tyler School of Art at Temple University, as well as the Bucks County Community College.

Tyler was nearly fifty years old by the time she became a professional and serious sculptor. Throughout her life, she created 150 different sculptural designs. Most of which started out as plaster models before they were cast into bronze. Her work represents the positive strides that were made by women sculptors in the early twentieth century.

Stella Elkins Tyler was born in Elkins Park, Pennsylvania, in an area owned and named after her paternal grandfather, William Lukens Elkins. He was an original partner of Standard Oil, and a shareholder in Philadelphia’s street railroads. However, Elkins is most notable for his collection of European paintings, now owned by the Philadelphia Museum of Art.

Growing up, Tyler received her education through tutors. She focused her studies on humanities, but put an emphasis on painting, sculpture, history, drama, and music. She spent one year at the Ogontz School in Philadelphia before traveling to France in 1901. At Dicudonne, a private school on the outskirts of Paris, Tyler became fluent in the French culture and language. In 1905, she married a Philadelphia banker named George Frederick Tyler.

Her mentor, Boris Blai was a former student of Auguste Rodin. With his help, she became an even better sculptor. Tyler had her first solo exhibition of sculpture in 1935 at the Grand Central Art Galleries in New York City. Her third, and final, show took place in 1959 at the Woodmere Art Gallery in Chestnut Hill, Philadelphia.

Today, a majority of Stella Elkins Tyler’s work resides at the Bucks Community College. Their collection includes 29 bronze sculptures, two plaster models, and several plaster fragments that have survived since her death in 1963. She is remembered for her establishment of Tyler School of Art and her commitment to the arts.

Want to know more about Boris Blai, the founding professor at Tyler School of Art? 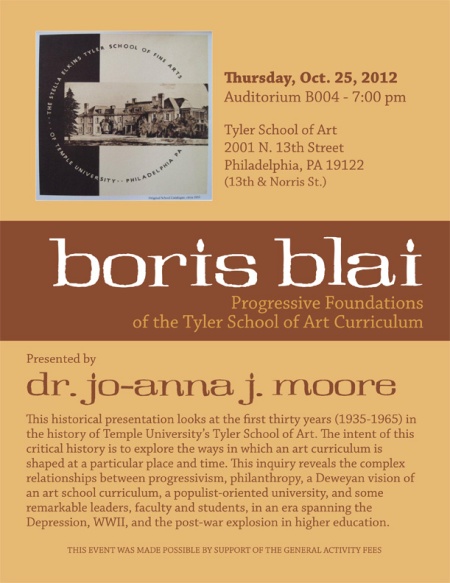 This entry was posted on Wednesday, October 17th, 2012 at 3:07 pm and is filed under News, Upcoming Events. You can follow any responses to this entry through the RSS 2.0 feed. You can leave a response, or trackback from your own site.

2 Responses to Stella Elkins Tyler Dedicated Her Life to Art